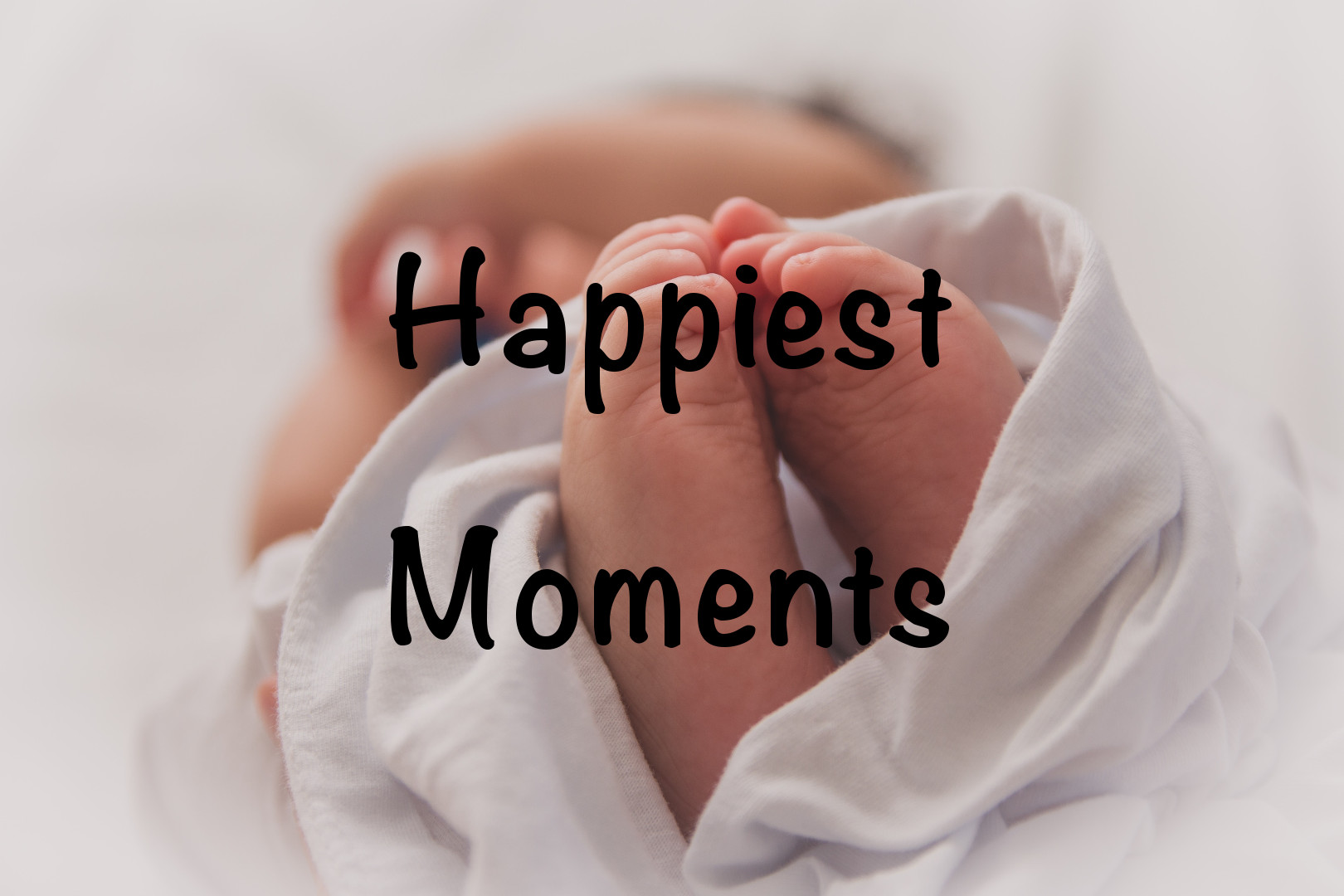 What are the happiest moments as a parent? One of the happiest moments of my life as a father is when my first child, Caleb, was born. This long-awaited son was trying to exit for 62 hours. He had problems sleeping and I would drive for hours in the middle of the night. Well, I mostly parked in various apartment lots I trusted with the car running. If I was lucky, I could get him out of the car seat and crash on the couch with him sleeping on top of me. As he grew, other happiest memories occurred: dedication, baptism, high school graduation, and working for NASA. Maybe you are looking forward to some of these. I was looking forward to milestone moments becoming contenders for happiest memories: college graduation, wedding, and my first grandchild.

My daughter, Madilyn, has provided similar happiest moments. Her story is different. I love remembering the first time I held her. Every night I would rock and sing her asleep and then she would wake at 2 A.M. I would rock her back to sleep.

Both kids had not so nice moments. Madilyn had underdeveloped airways and required breathing treatments up to four times a day. She had to have ear tubes and then her adenoids and tonsils removed. Caleb developed an autoimmune disease on his corneas. I spent about four years taking him to an eye specialist 2-4 times a week. It was about 2.5 hours to travel, have the visit, and return each day.

When a happiest moment occurs, you sometimes know it is and sometimes you do not. The first time you see your child, you know this will be one for the books. When your kid is crying half the night, every night, and you are driving around hoping the car noise will put him to sleep, you do not think it is a happy memory. But when you realize it is the earliest real-life-tested bonding trial, and you see his resting face next to your own, it clicks. Happiness is not experiences. It is presence.

When I sat with Madilyn for breathing treatments, it became a close time between us. She knew I would force her to sit still on my lap for twenty minutes. I would talk to her and read books. Sometimes we would watch a show together. This is over an hour every day of time together. When I would take Caleb to the eye specialist, we would talk the hour there and the hour back. I would talk about school, soccer, music, and everything else. There were no smart phones or DVDs to distract him. These hard times are great moments.

There are things your kids will do which disappoint you. They do not always make good decisions. It is sad when their decisions hurt their spiritual, emotional, or physical health. Caleb made some bad decisions but we all do. He wrecked his car and did not claim it on insurance. He quit his job with no job lined up. He dropped out of college. After talking with him and thinking I knew where his mind was, he communicated more about what he was doing to achieve his goals. I thought he was making better decisions. However, he was hiding his disease from us.

“The saddest moment is when the one who gave you the best memories becomes a memory.” – Unknown