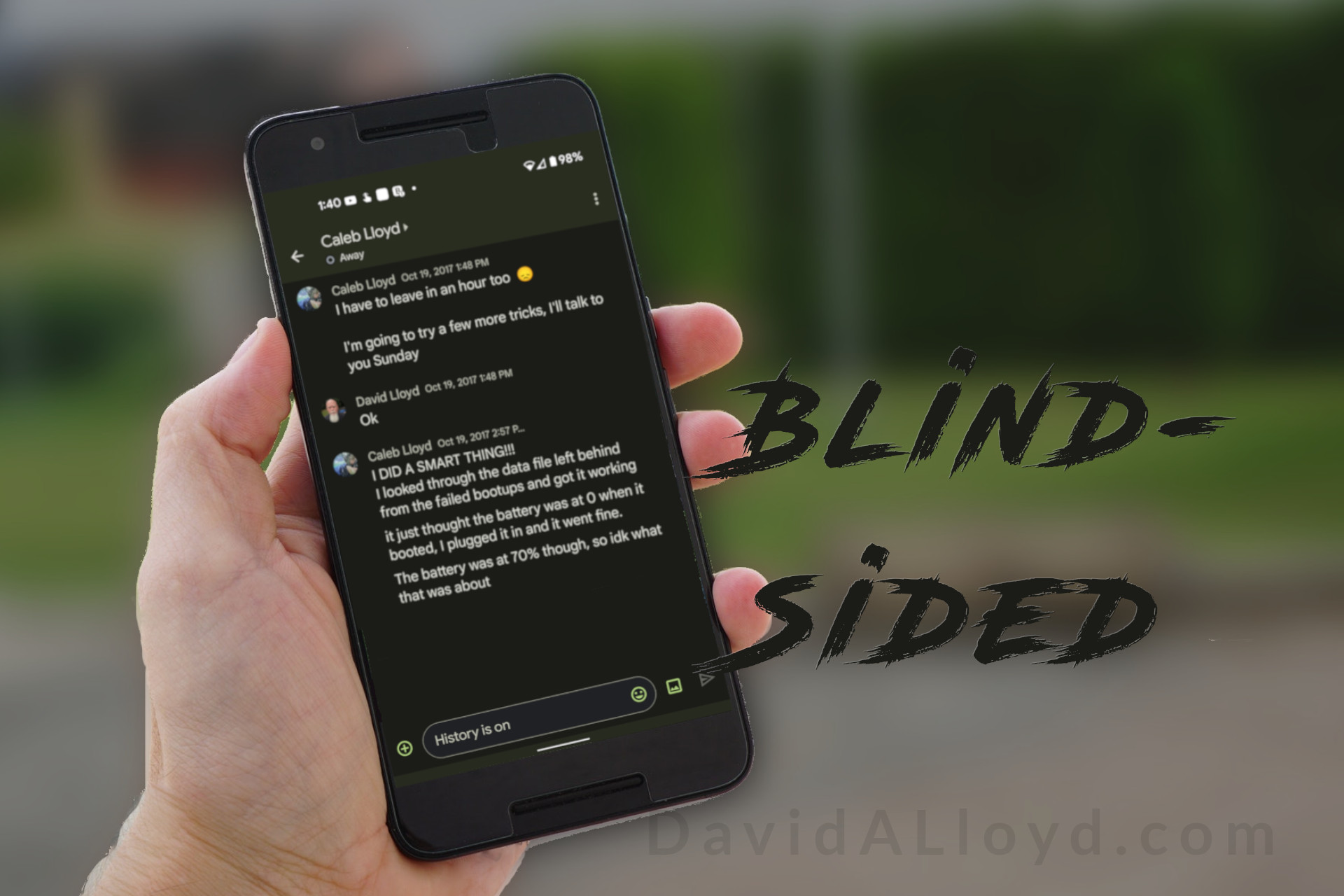 Yes, the featured picture has part of an actual conversation Caleb and I had in 2017, except I did not know it still existed until today.

Madi and I were taking a break at lunch today to do some online window shopping. She found an interesting item and wanted to send me the link. Since she found it on a device that was not hers, we opened the Gmail web client and I saw she had my Hangouts contact conveniently near the mouse, so I clicked it and pasted the link.

I had not used that messaging platform in years and was not sure where it would show up on a modern device. Moments later I clicked the notification and was transported to a tool that looked oddly foreign and also a bit nostalgic. The most familiar part of the screen was the list of recent messages. My heart sunk. At the top of the list was Caleb’s name.

I clicked his name and, Wham!, another hit.

Away. He is as away as it gets.

I read through the messages. Hangouts was not his preferred tool and only used it when his phone was not working or not charged. However, I found this bit shown in the picture to be so much like his character that I am sharing it here.

Caleb Lloyd Oct 19, 2017 2:57 PM : I DID A SMART THING! I looked through the data file left behind from the failed bootups and got it working

This 21-year-old who is brighter than anyone I know, who worked at NASA on a research project, who worked doing MRI brain scans of anxiety patients, is surprised when he does something “smart”! I get it though. As brilliant as he was, he always asked me for help with technology because it is my area of expertise and he always felt like he was not great at it. This time he solved it himself and was proud!

On one hand, I enjoyed reading through some old conversations we had. On the other though, it hits me hard, and I never expected to be blindsided with an unforeseen grief punch while hanging out with Madi.