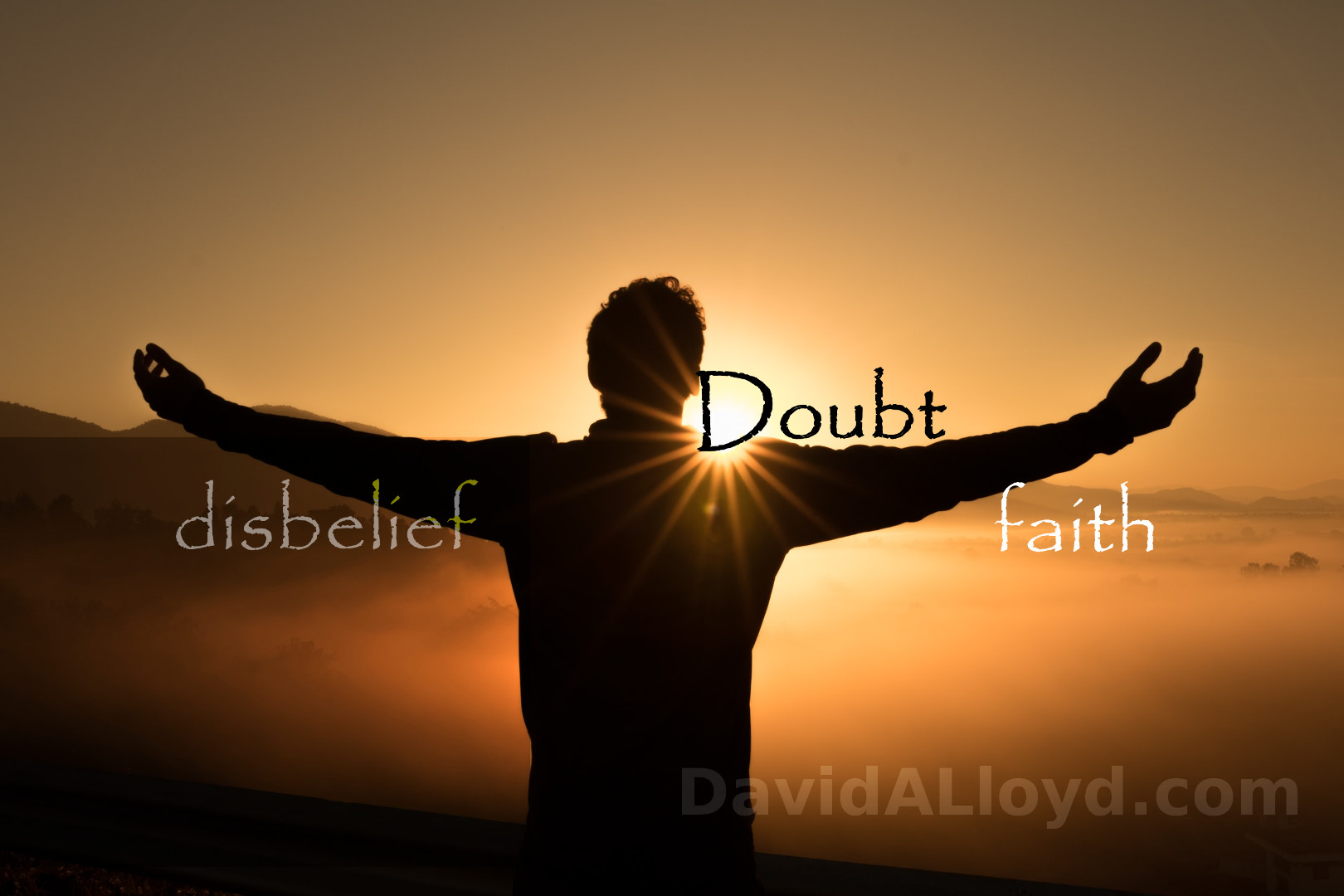 Because many cultural icons mock Christian faith and misunderstand what it is, even those who have faith often misunderstand it. Even worse, we misunderstand the differences between unbelief, disbelief, belief, and the highly misunderstood doubt.

“Faith is not a leap in the dark; it’s the exact opposite. It’s a commitment based on evidence… It is irrational to reduce all faith to blind faith and then subject it to ridicule. That provides a very anti-intellectual and convenient way of avoiding intelligent discussion.” – John Lennox, Professor of Mathematics, Oxford University.

The Church often lumps everyone together who does not have a pure belief, what some call “childlike faith”. They think this means a blind, unquestioning faith. Maybe some people have this faith instilled in them somehow. It is not childlike though. After a child has learned how to say a few words like ‘Mama’, they then start a stream of unrelenting questions.

Where faith is a “commitment based on evidence”, disbelief is the equally firm commitment that God does not exist. It is the willful refusal to believe, usually because of personal experience or coming to a different analysis of the evidence. When I use the word ‘evidence’, in the context of faith, this means whatever idea compelled the belief or disbelief. I have my ideas on creation proving God, while others have their reasons for belief and disbelief.

Unbelief is defined as also not believing, but is a much more neutral word. Instead of willful refusal to believe, this is being unaware or unconvinced and without commitment to a position. One might be an unbeliever today, but could be persuaded to some viewpoint if the evidence hits them where they understand.

I think most Christians will agree to the above definitions or something close. So if we have these words, where does doubt fit in? Why does the Bible use the word doubt so often?

First, I believe the English translations of the Bible use the word doubt wrong for the modern era in some places. In the original text’s Greek, there are multiple words translated to doubt and the most common word translated* has multiple meanings. Not that the translators did a poor job. It would have been nice if they clarified the nuances, but the word’s meaning has shifted. Seventy years ago, we used the word gay as a synonym for happy. Doubt has not changed as dramatically, but I think the connotation it has in the Church has changed.

So where does this leave doubt? In Luke 18 and elsewhere, we get the idea of the childlike faith approach; “Truly, I say to you, whoever does not receive the kingdom of God like a child shall not enter it.” My takeaway here is love everyone, be mad for only five minutes then hug it out, and ask tons of questions. You can only doubt something you believe. Doubt is the questioning which leads to (hopefully) firmer believing and mature understanding.

Read it again. You can only doubt something you believe! It is having questions about why something occurs or God’s character. If you do not have faith, you would have no questions of your faith.

We should always have questions. As some are answered, additional questions will come. When an unbeliever begins to see truth, there are some fundamental questions. When a believer has their world shaken violently, repeatedly as I have, some very hard questions occur. Please read My Unexamined Faith for background. As long as one seeks for truth, read God’s word, and give Truth a fair chance…

God Is in the Doubt!