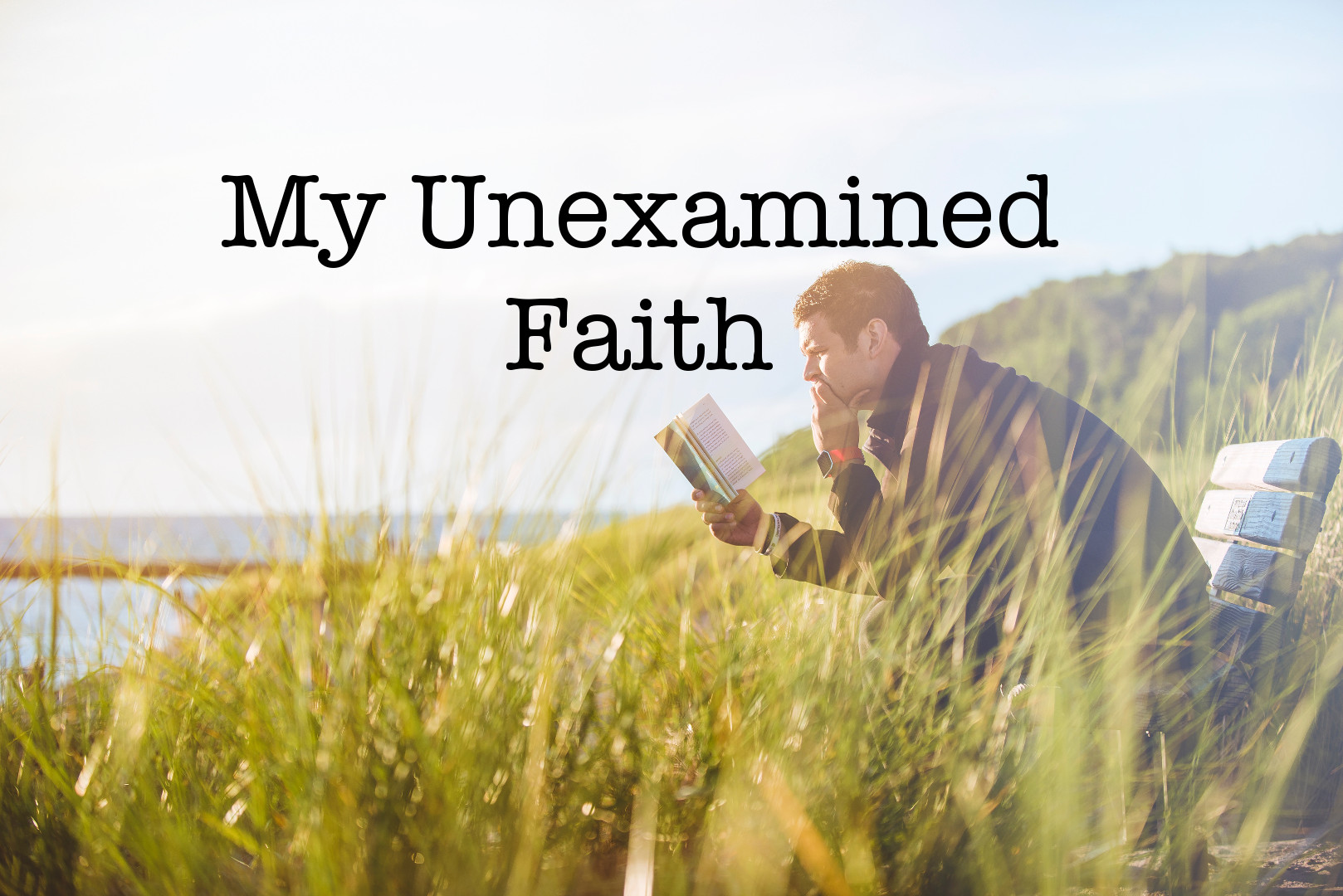 Since well before my birth, I have been going to church. I do not recall a time in my youth ever questioning if God existed. The fact was a given. No one ever asked me why I believed until college. In college I had questions on things like teetotaling and dress codes but not matters of faith.

An unexamined faith is not worth having, for fundamentalism and uncritical certitude entail the rejection of one of the great human gifts: that of free will, of the liberty to make up our own minds based on evidence and tradition and reason.

Life threw things at me quickly. I got married while in college with a kid on the way and lost my job within a few weeks. I get another working night shift and we miscarry our child. Donna broke her tailbone, I tear all the tissue on my foot, and total the car (separate events). We went through years of infertility. We finally have our miracle rainbow baby, Caleb. After 8 more years of trying we start foster-to-adopt because the PCOS and endometriosis are too bad and pregnancy will not happen. Several years go by and the county does not place adoptable children with us so we went to private adoption and had 4 failed matches before we get our lovely daughter. We are happy and ready to be done but we have to spend 6 months fighting a court battle to keep her. A few months later we are pregnant! This unexpected miracle lasts several months and then we miscarried her. To my closest friends this became known as “The Year of Evil” because afterward they had to do a D&C which failed. So they had to do a uterine ablation but because of the life risks involved, they required me to get a vasectomy. The ablation was a complete failure, so they did a hysterectomy. Along the way they messed up some tissues and Donna had problems with fissures and tearing for years. A few months after the miscarriage, a fire demolished the office I was renovating to start a new business.

I was livid and turned 40 years of belief into doubt. How could a loving God lead someone along for 12 years and not allow any children come, biological or adopted? Why after finally adopting do we get pregnant when the doctors said it would not be possible? Why would we get pregnant to only have her ripped away? I became convinced a loving entity would not play such cruel jokes.

I lost all but a tiny grain of faith. I questioned this grain, “Does God exist?” I knew I had to prove this to myself before going anywhere else on my journey so I poured through literature. None of it was helping. It all presupposed you had some bias or gave emotional or philosophical “proof”. Someone recommended “Signature in the Cell” by Stephen C. Meyer. It did a lot to bolster my pursuing the existence of God but I am a mathematician, not a biologist. I wanted mathematical proof.

Getting from tragedy to ready to pursue knowledge took about a year and another year before finding Meyer’s book. Most of another year proving to myself that any step in any direction required faith in something. If I would believe everything is random and God did not exist, it would require a step of faith because you have to account for creation. Creation is a universe coming from nothing, energy from nowhere, a chaotic explosion making solar systems, life created by no life, and then it becomes sentient enough to ask if this created itself or a divine being. Which is more probable? I ran probabilities. The numbers were staggering against random creation but incalculable for a divine being. It came down to properties which cannot change: Newtons laws of motion and the Laws of Thermodynamics. For example, nowhere does order come from entropy on its own.

This grain of faith became a choice to believe God exists. This is a long way from where I was but I knew I needed to figure out what is this God. I was sure He was not like how I was taught. I decided even if He loves different from how I thought love should be, I should be on His side. Who wants to go against something so powerful? If He can manipulate the physical universe to cause order out of an exploding singularity what could I do against Him?

I took me several more years to come back to a personal relationship with God. It was difficult. Trying to understand how Jesus fit into all this was the hardest part.

Now my miracle rainbow baby, Caleb, is an angel baby too. He lived 21 years. I still have many questions like why we became pregnant against every probability multiple times and all my babies are dead. These questions and so many more no longer capture my faith. Instead, they push me to find out more about who He is.