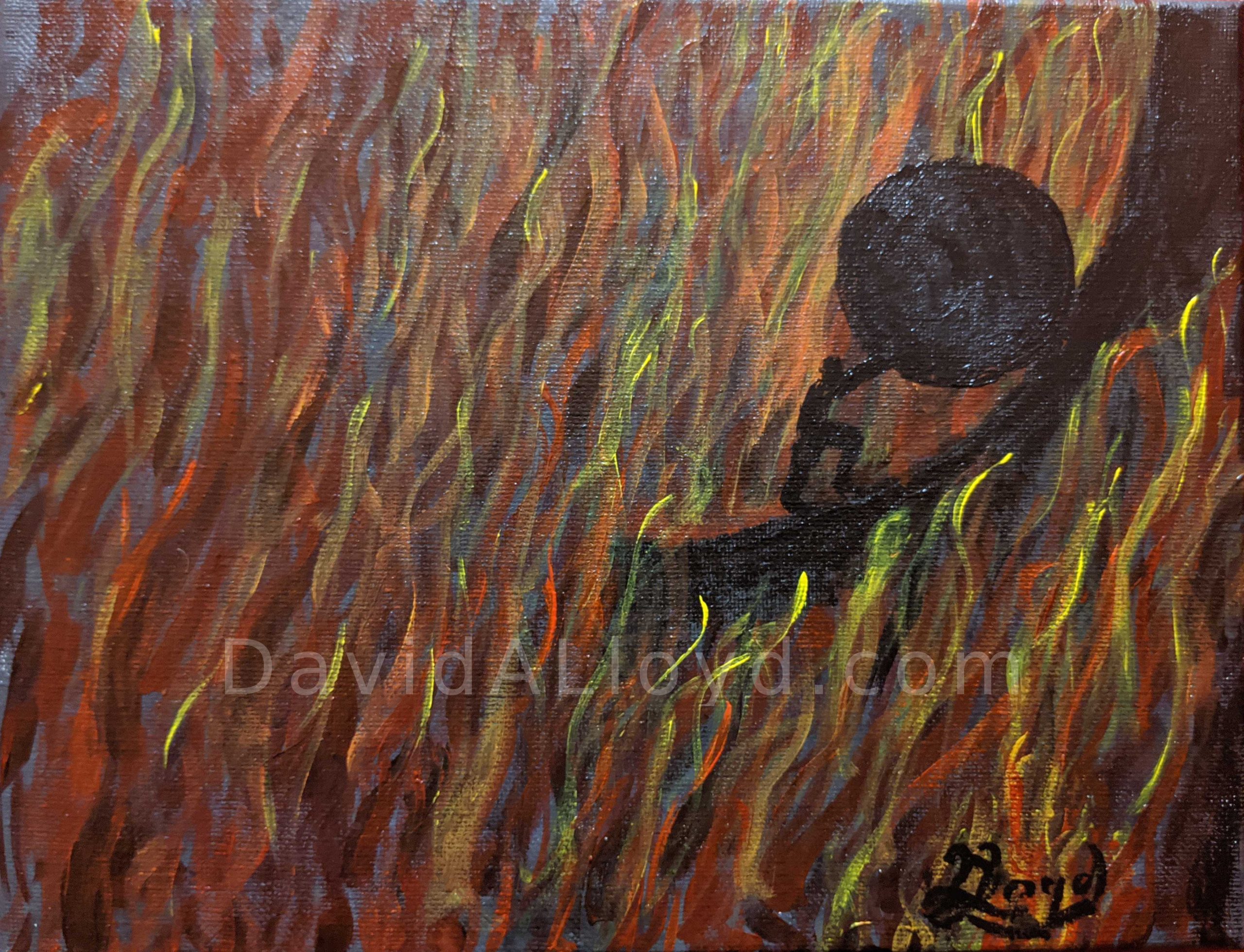 Push On or Fall

Homer’s Iliad tells of a man, Sisyphus, forced to roll a boulder up a hill in the depths of Hades for eternity. Each time the boulder reached the top, it would roll down and Zeus forces Sisyphus to roll it up the hill again.

Have you ever felt like your efforts are in vain? Some think this myth reflects the daily struggle we all face. Albert Camus, a nihilist French philosopher, wrote in the Myth of Sisyphus how this story points to the futility of existence. I do not think life is futile, nor do I think it reflects simple daily struggles. However, I think many can relate to spending years putting blood, sweat, and tears into a project, only to have it not go well.

I feel this story on multiple levels. First are the constant struggles to grow a family. Multiple miscarriages and only one birth amid eighteen years of trying. Each doctor report on some hurdle we faced to become pregnant or miscarriage would send the boulder back down. Each adoptable foster child that had to leave our home sent it back down. Each failed adoption match would also send the boulder tumbling. The death of our only son made the hill steeper and the stone bigger. This loss and the miscarriages sent the boulder careening into the flames.

The other level I feel this story involves my grief. I have to push on or face the flames behind me. The weight of doing life is crushing; sometimes it pushes me back and sometimes I push it forward. The stone is not grief, though. Grief is the flames’ constant heat. There are days where the heat is very present. Occasionally it is searing or overwhelming. I might do okay, and then a fiery dart will rip a piece of my soul. It feels like a form of Hell.

This allegory also speaks to my failed businesses. A fire in my downtown destroyed one, and evil people destroyed a few others. Since being reminded of this myth two weeks ago, I have thought about how to capture its idea. I painted once about eight years ago and so in my second ever attempt at painting; I tried my idea of Sisyphus’ condemnation.

Do you think Sisyphus thought it would be easier to give up and not roll the boulder? Did Sisyphus believe if he could just get the boulder over the top then everything would be good?

Related Posts: Enduring Grief, I Miss Who I Was, Un-Happily Ever After

My painting (still needs a title): 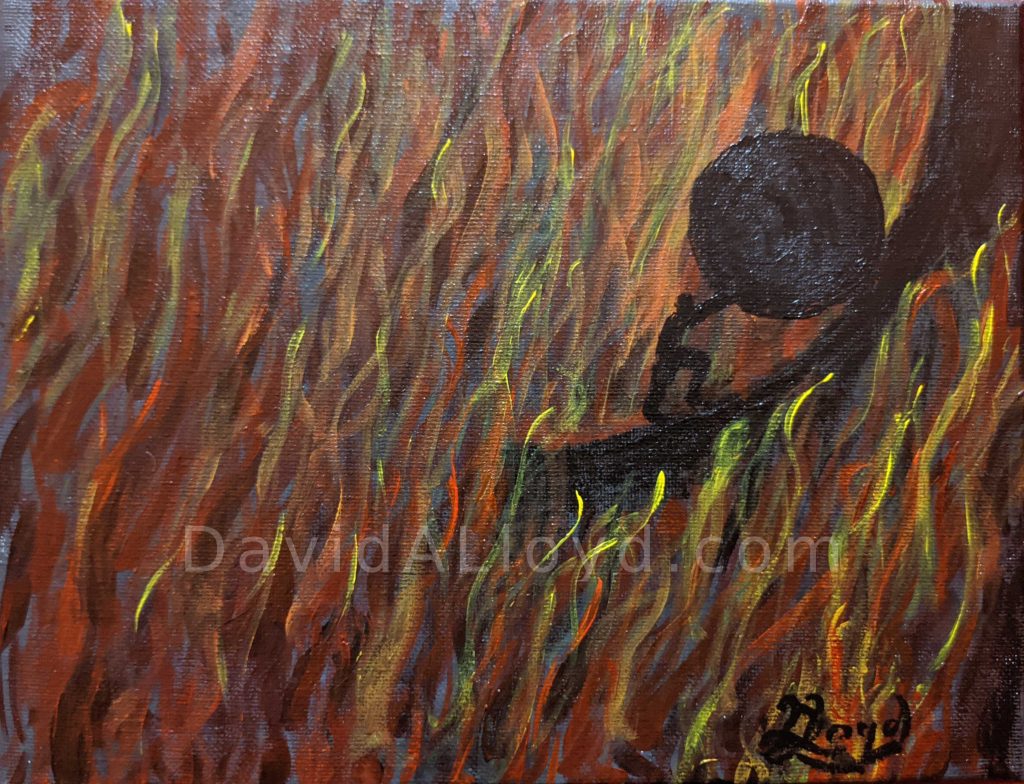