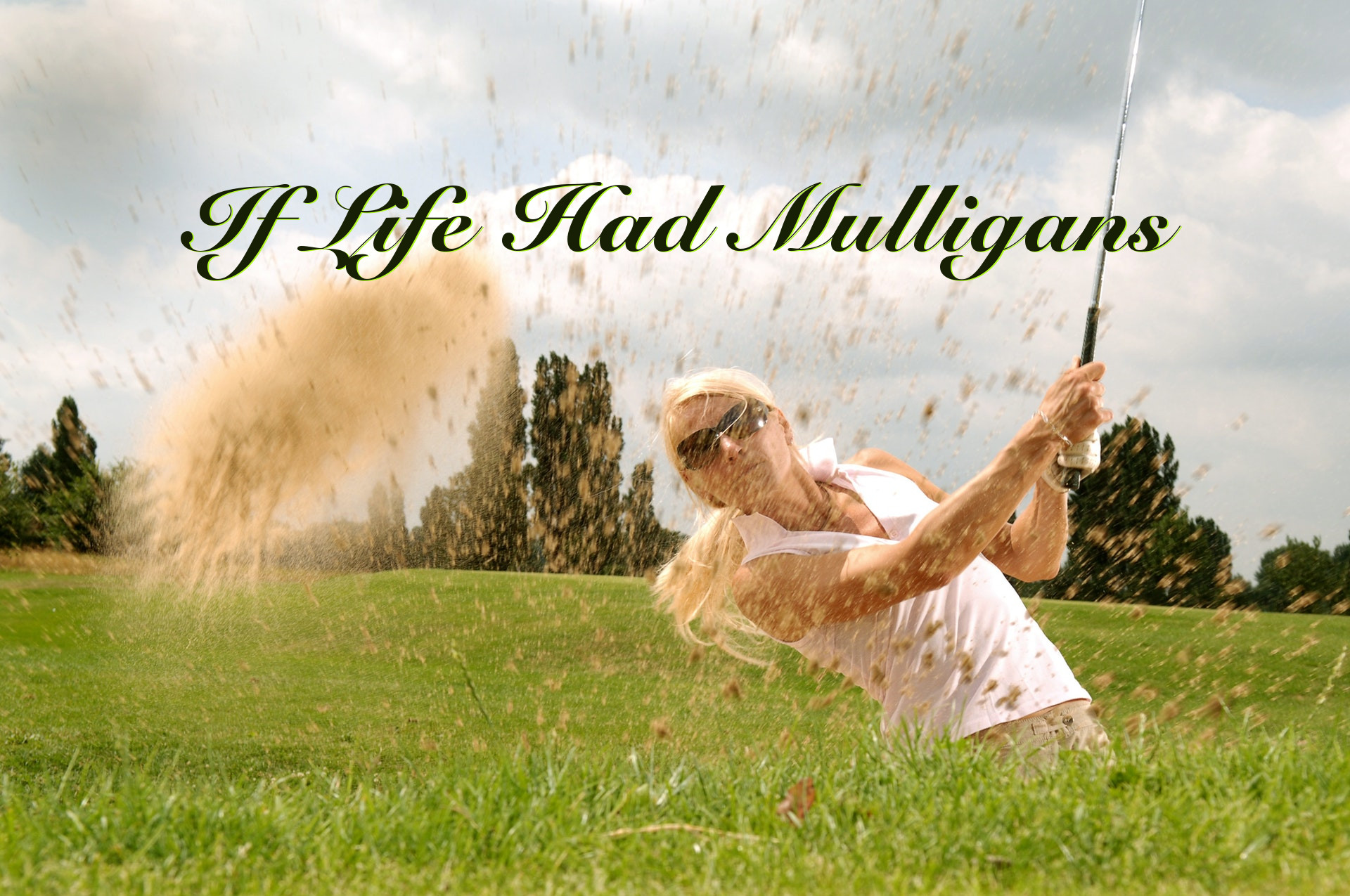 If Life Had Mulligans

When I played golf, I usually needed to use a mulligan on the first or second hole. I would graze the ball and want a do-over. Have you ever wondered what your life would be like if you could take a mulligan? Just one.

In college I injured my head enough to spend 5 days in the hospital with extreme pain which kept me bouncing in and out of consciousness. They gave me no medications for pain for fear I would slip into a coma. The doctor told me upon my release, after they gave me medication and I was coherent, this is about the worst pain one can endure while conscience.

What if I slipped into a coma and did not realize it? I would live my life inside my head. I dream of meeting my love, then people in a van take her away. Crazy part is I let them. Later we get married and have a miscarriage almost 2 months later and then she breaks her tailbone. The dreams get weirder from there and more nightmarish. What if all the various tragedies and losses I’ve endured are merely the result of my mind trying to make sense of physical problems while I lay in the hospital bed?

My being in a dream might explain why I rarely remember having dreams at night. What if I woke up from that coma now? Would I remember all of this? What would I do different when I awoke?

Suicide survivors have ‘what-if’ questions on the brain most of the time. What if I did something, said something different last May? What if I called him on Friday? What if I did not sign the car over to him and tried to get him to move in, Yes, I considered it in May but gave him more freedom instead of less. Guilt, sadness, questions, and longing plague us. I desperately want to use a mulligan but I cannot decide where or when I would begin a do-over or how I could affect change.