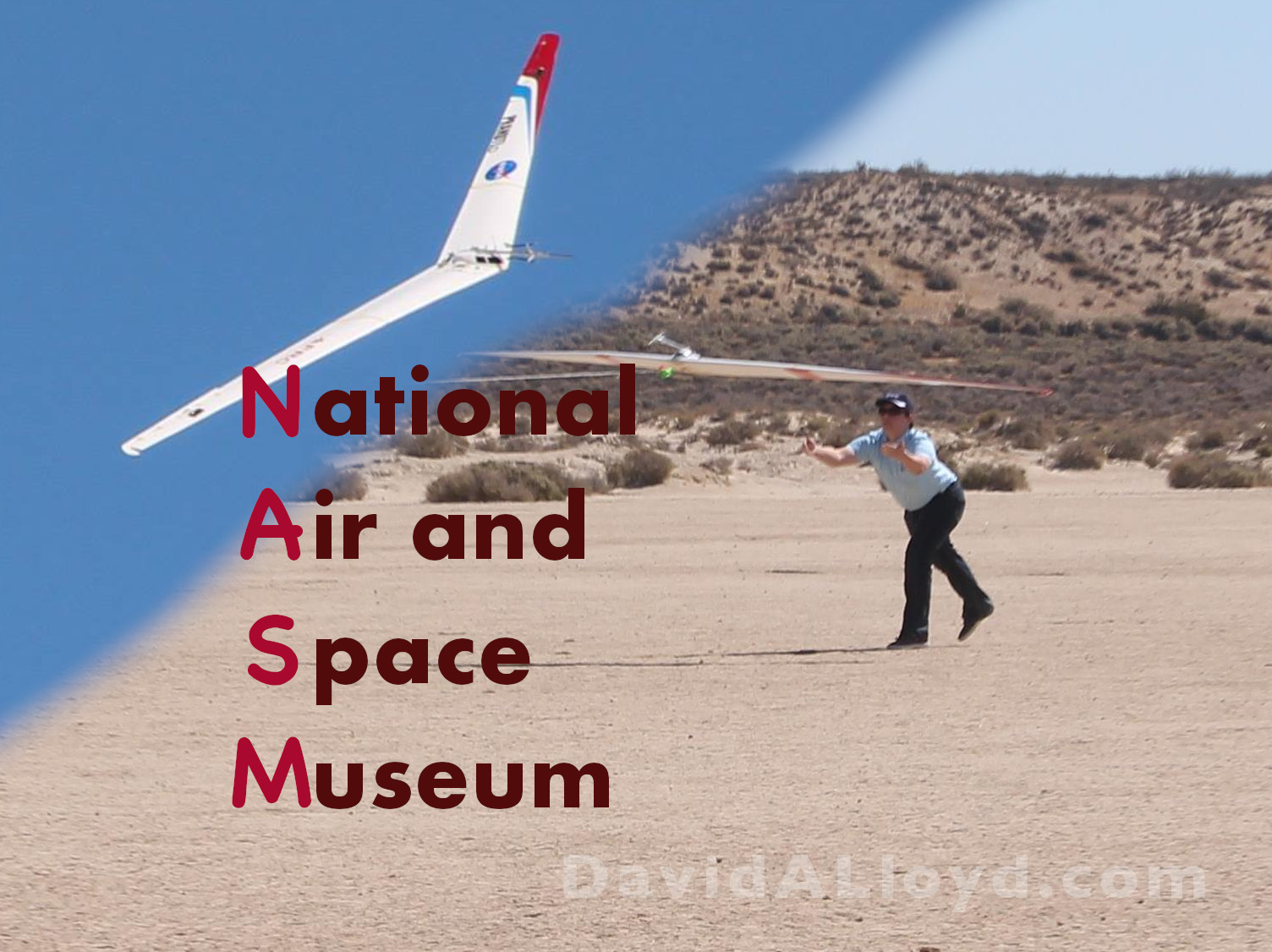 In 2015, Caleb went to California to work at NASA’s Armstrong Flight Research Center, previously called Dryden Flight Research Center (DFRC). Caleb became a part of the team working on the PRANDTL glider. This project tested the flight characteristics of a fixed-wing aircraft. Other aircraft need a rudder to counteract adverse yaw as it turns. Albion Bowers, the now-retired Chief Research Scientist who led the team Caleb was on, has said in speeches that the Albatross gliding across the water with no rudder inspired him. He credits an early paper by Ludwig Prandtl as well.

The PRANDTL glider succeeded in aces. Since the launch of this version of the glider occurred on Caleb’s 19th birthday, Albion gave him the honor of the maiden launch, pictured below.

The team all signed the glider, and it has now become a part of our national pride in the Smithsonian’s National Air and Space Museum. Caleb signed the glider in front of the ‘DFRC’ on the wing.