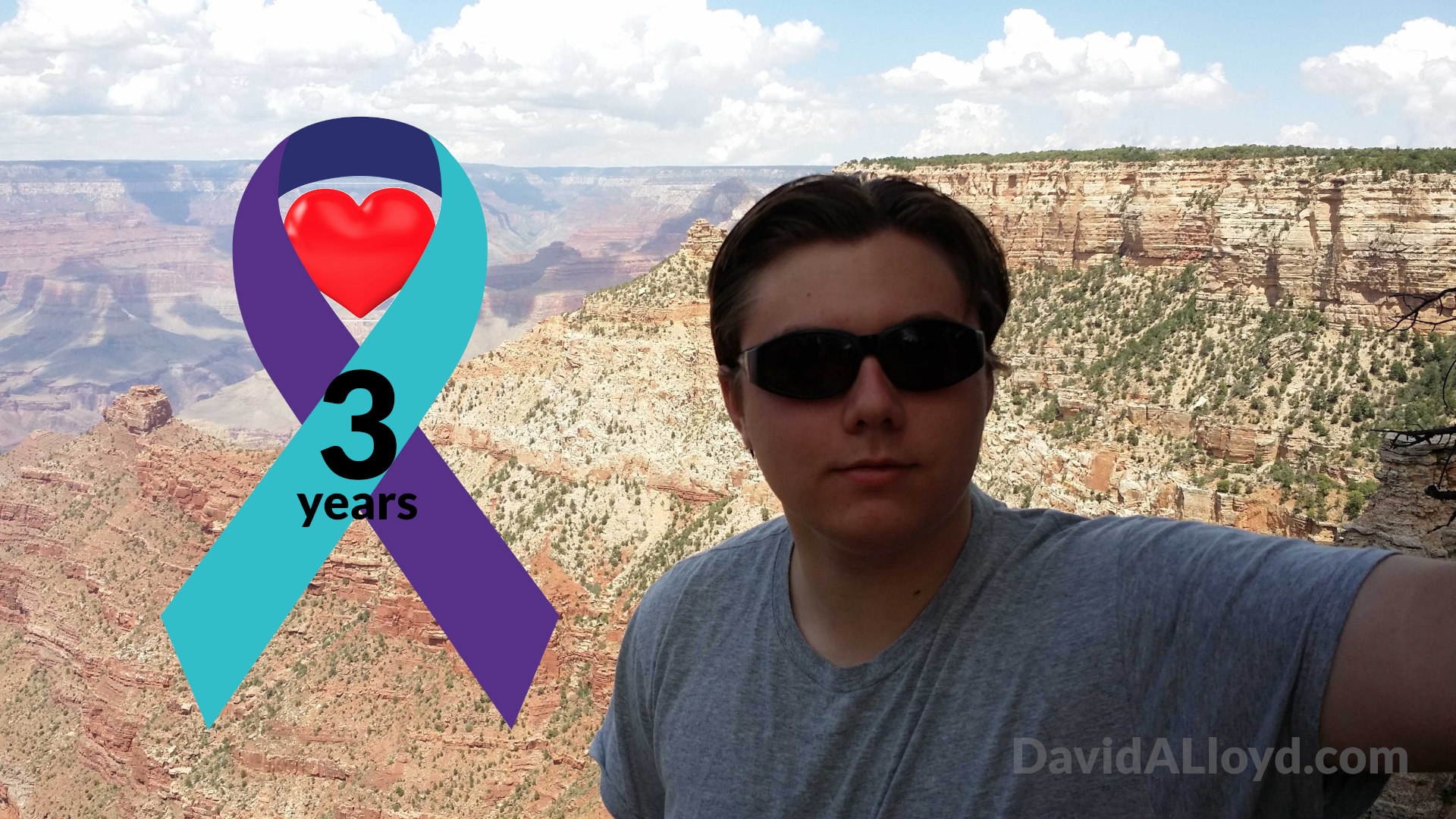 I have a hard time wrapping my brain around Caleb being gone for three years. The time is simultaneously like yesterday and an eternity. I miss him terribly today and have every single one of the previous 1,096 days. However, one thing these three years gave me is a fresh perspective.

I understand his feeling isolated better than before. Caleb tried to make friends, but none would hang out unless they needed him. He tried to have a relationship with extended family but few really connected. I can empathize with him and it is lonely.

I now understand depression, anxiety, and PTSD from a personal perspective. While I previously thought I understood, one does not know what it is like until you have a panic attack because your family member is thirty minutes late coming home and they do not answer their phone. Before I might have concern when one of them does not answer, but now if someone knocks on the door, I am convinced the cops are here again to give me bad news. I thought depression manifested as gloominess, sleeping too much, or being aimless. Mine presents as solitude, too little sleep, irritability, and over-working. Most would not know I am depressed because I hide it well when I want. It is only in the last three years I have been more vocal. I can see how Caleb coped with it the same way. He told me about his depression and we often talked about what he was doing to combat it.

My perspective on suicide has shifted in multiple ways. While I thought there was a mental illness component, I felt as though the individual had the autonomy to choose this result. I now believe this is not true for anyone. No one in their right mind chooses death for themself. Some heroes may choose to die for a greater cause or for other people, but not for themself. Some may feel they have no choice and in a moment of extreme pressure jump out of a burning building or remove the possibility of life in prison. Others may have an ongoing mental illness or have a sudden onset psychotic break. Other causes exist, but the point is none allow for a choice. I wish society would stop blaming these victims!

Parents of suicide victims often blame their child though, and I did for a while. This is a common reaction to a sudden loss and is not the same as others blaming victims. This might also be a bit of misplaced anger. We assume our child will communicate when something is wrong, or at least when directly asked. I asked the hard questions and kept a channel of communication going. I asked if he was going to therapy and if it helped. With all of this, his lack of communication at the end caused some anger and guilt. I now know he was not himself, so I should not be angry or guilty, as he was not the one doing this. However, this does not help me much either.

Gaining some perspective may be helpful for others, but I would never wish this experience on anyone. Three years is way too long without my child, but unfortunately, I have thirty more to go.

Related Posts: Letter to Caleb: One Year, How Does It Feel to Lose a Child to Suicide