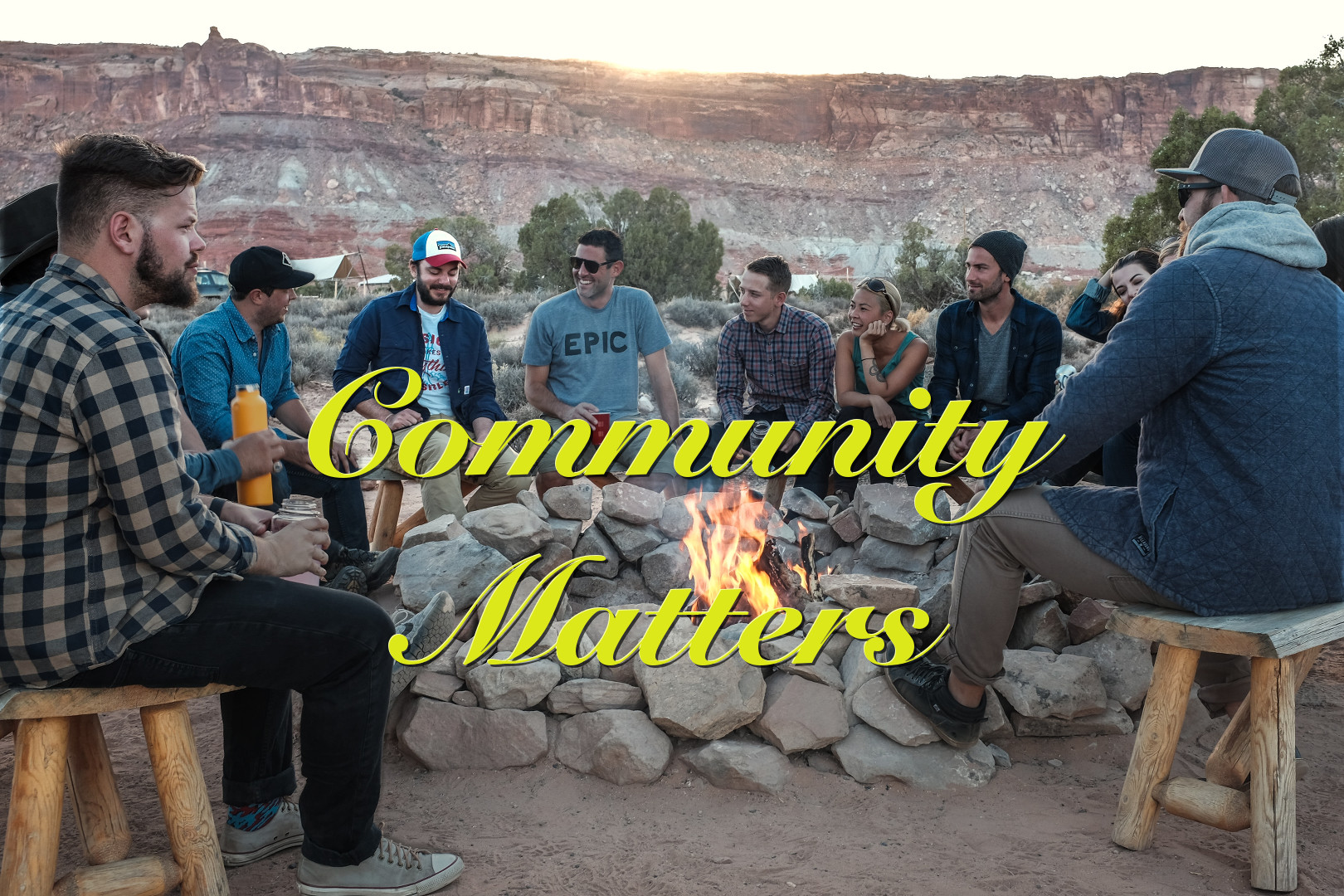 My wife and I talked to the leadership of a previous church we attended when they decided to not have a student ministry. They said the teens could attend the Sunday morning worship, which they were already doing. We said the young teens needed to be in community with other Christian teens but the leadership said it was unnecessary.

We have no family nearby. Our family is seven or more hours away in three different directions. We did not grow up or live in the area a long time like most people here. There was no community for us. My wife and I tried to find community and after failing a couple of years we started hosting a small group which two other couples from church attended.

Our son still had no community. We would go to see different family three weeks a year. It is difficult to do more with work schedules. Someone in our family would come to see us about three days a year. While he had a few school friends, they rarely would hang out together.

Community: (n) a feeling of fellowship with others, as a result of sharing common attitudes, interests, and goals.

This church was large enough to have a separate older teen and younger teen/tweens with each group having twenty or more each. The decision to not have anything completely ostracized some youth including my son. I expressed my willingness to help but there is no way I could run it without the leadership’s assistance.

When he was an older teen, he expressed his dissatisfaction with how all of this occurred. He wished he had solid relationships with others his age with which he could relate. He wished he had closer family, in distance and in relationship. He saw the Church as a cold organization which only cared for the high profile, image building projects.

I showed examples to the contrary, but he was correct when he would say it was a few individuals trying to do things and not the Church. He was correct in saying most people do not care for the teens, the elderly, or the poor sitting in church. He was correct in saying most people are too self absorbed with their self and their little clique to be a good friend to other adults in the church. How could I argue otherwise when no one ever came to our home except for the small group? When we had our miscarriage and needed some support, even our small group was gone without even a “we’re praying for you”. These people who said they were friends of ours vanished, and I have not yet heard a word from them in nine years.

This church which we long ago quit attending, now have a large youth group which they promote vigorously. The leadership now has teenage children who need community. I am glad for the kids attending who need a group but can the Church really be so near-sighted? Possibly, but we need to be hyper-vigilant where we focus our energy. The Church’s primary responsibility is on its own family first! I think it is fantastic to feed the hungry, clothe the poor, and send missionaries to far-away lands. But it is all meaningless if we neglect those in our home and local church.

We tried to provide our son community. We left this large church and attended a smaller one to gain a community. Our church now is fantastic and works hard to provide plenty of community for all ages and still does more for those in need around town than most large churches. However, this did little to help change our son’s mind about organized religion. His experience burned him hard when he was young and such lessons are not easily unlearned. At the end of his life he was grasping for help and we tried to get him to move home. I think he felt like it would not be much different than being alone.

We are made to be in a community. Babies in the hospital need touch to develop normally. Children who are abused or otherwise separated from human contact have psychological problems. So many people do not want to be around other people but I think this is mostly a revolt of not having authentic relationships. We have pressure to look a certain way on social media. Most people show an idealized version of their life and we compare our life to theirs. It is fake. It is a lie! The Bible tells us we must gather together and gives examples of near-daily meals and discussions. The early church looked more like living rooms and dinner tables and not crowds lined up in rows disengaged. This allows for trust and honest conversations. We stop fearing what people in the room think or what they may tell others and become comfortable to confess our shortcomings and problems. When we are this close, we can pick up on the subtle clues of depression, anxiety, and mental illness. I think the early Church did community right.