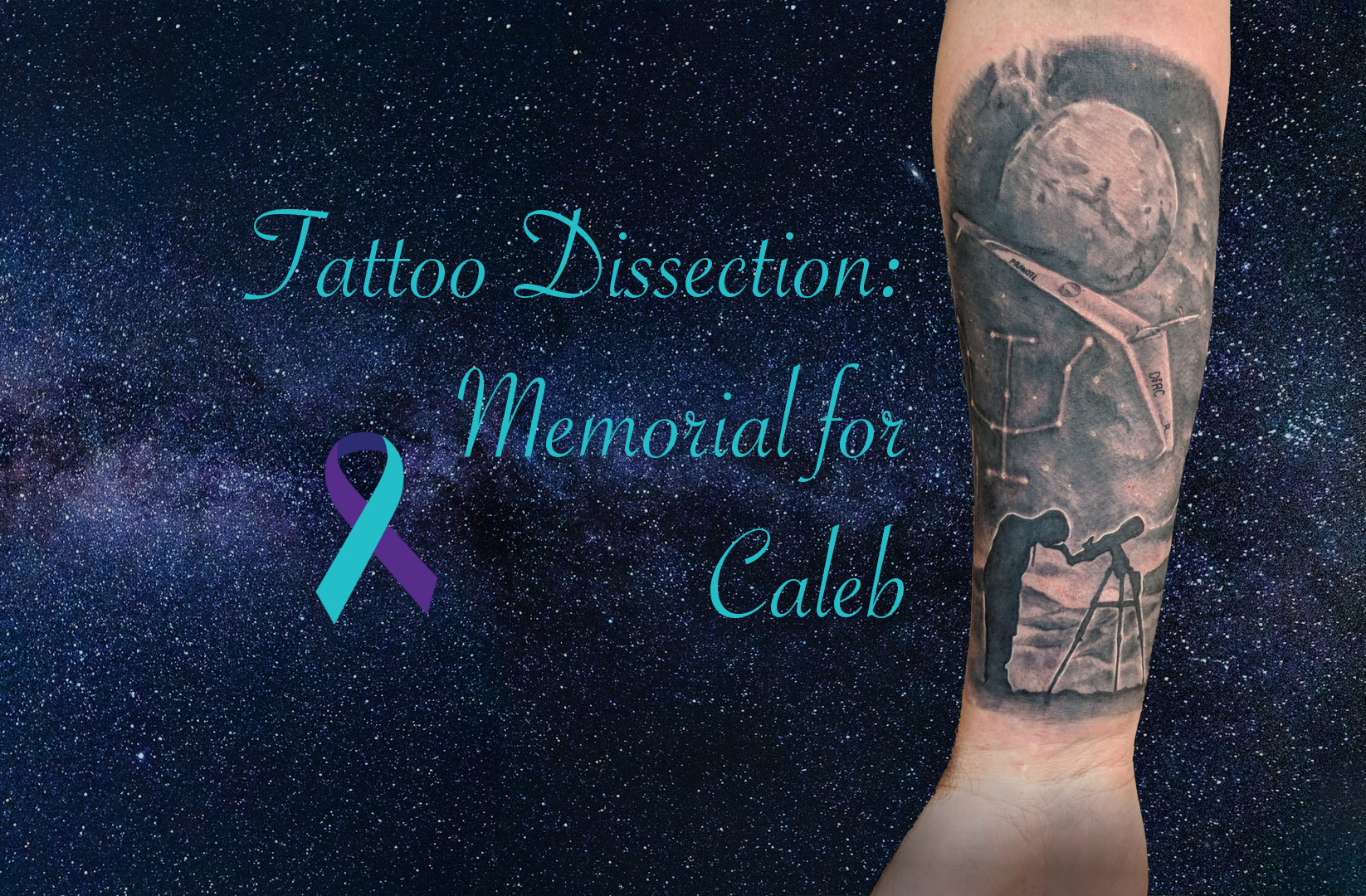 Today is fifteen months, 457 days, since Caleb died. I have told several of my stories with him and have plenty more planned. My love for him translates into a love to tell these stories. The main reason I wanted a memorial tattoo was for people to ask about it so I could tell his story. I also love hearing about Caleb from others which is why I keep asking for them.

At the wrist is the ground. Usually in our backyard but sometimes on a mountain, Caleb and I would stargaze. This love of the heavens provided a foundation for the love of science. His goal was to go to Mars but his preferred field of study was environmental science.

He loved the environment, how things survive, and nature. One of his favorite areas was the North Georgia mountains depicted in the background. We saw the foothills every day at home. We went into the mountains as a family often. He and I camped and backpacked with scouts through a lot of the mountains.

If I asked people who knew Caleb to describe what he would wear, especially stargazing, they would probably say he was in baggy jeans and a frumpy hoodie or his bomber jacket. He would stand at the telescope with his hands in his pockets, hunched over it, and the cords of his outerwear would dangle. I did not provide this information to my tattoo artist and when he showed my his design with this silhouette; I was taken aback.

“Is something wrong?” he asked.

“That’s Caleb! He would wear that stargazing and stand just like this with cords dangling. Where did you get this?”

“I was scrolling through pictures on Google and this one spoke to me.”

Having Caleb looking at Mars, at the top of the tattoo, points to his childhood looking at Mars when it was at opposition. It also speaks to his love of the planet and desire to go. When he worked at NASA, he was on the PRANDTL team. A future generation of the PRANDTL glider, shown flying around Mars in the tattoo, will go to Mars to find suitable landing sites.

The night sky shown here depicts deep space nebula clouds and objects which are not seen from Earth. To me it shows the unknown vast future. The constellation is the Greek letter Psi. This is a common symbol of Psychology and the study of it. Caleb decided to pursue engineering psychology or industrial psychology.

Do you have a memorial tattoo? I’d love to hear about it.