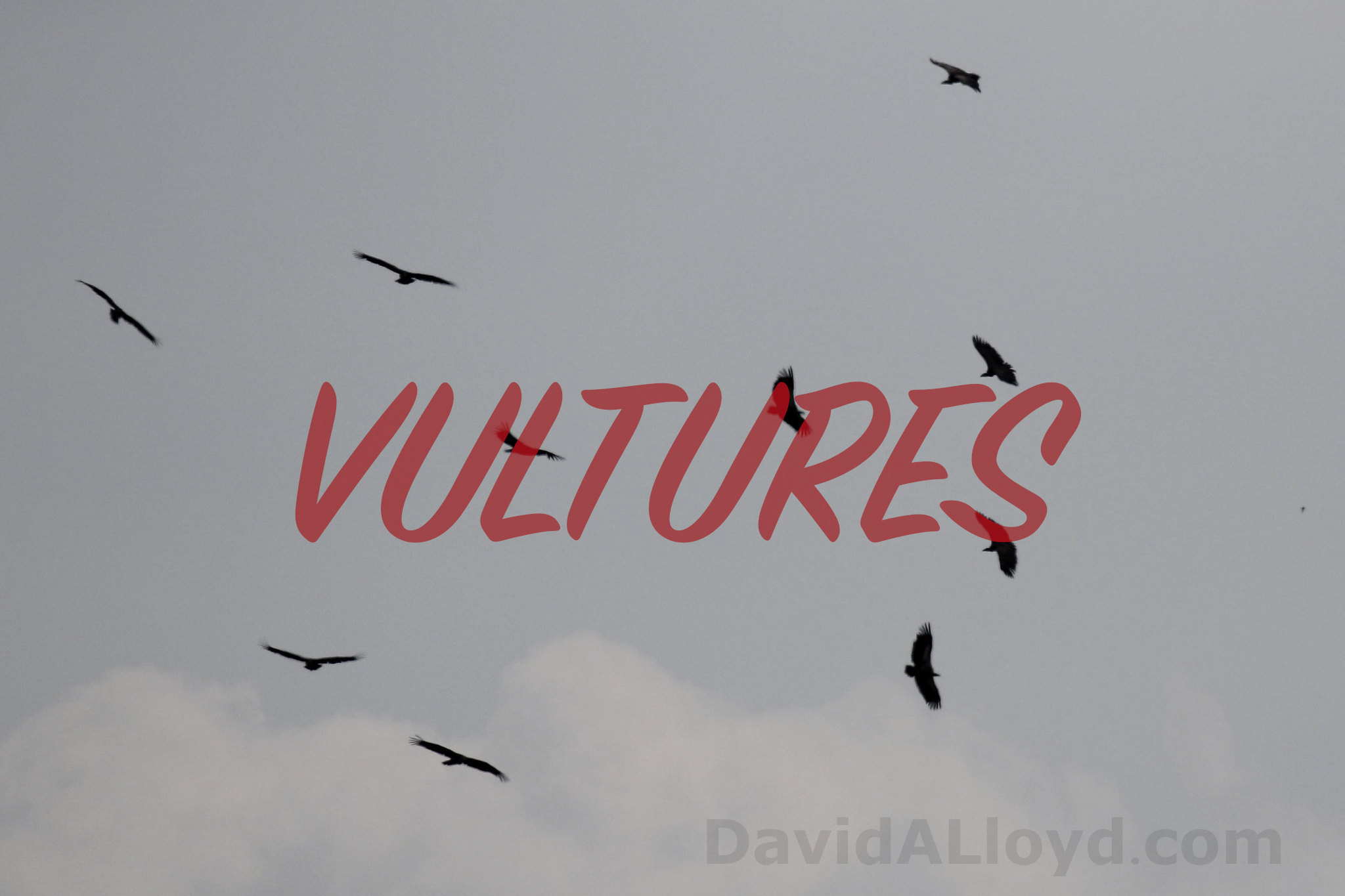 Vultures ride thermals, circling, until they find their prey. They do not prey on the weak to kill, but wait to eat the dead in safety.

A similar pattern occurs on social media and has been given the moniker “Orbiting”. This is like “Ghosting” but the person does not completely abandon all communication. Instead, orbiting is when someone will like some posts, occasionally comment without saying anything real, just to keep you in their sights. Before I learned this term, I called this behavior “Lurking” or “Loitering”, but orbiting is different.

The person who is orbiting is someone with whom you were close. The phenomena was observed after dating when one would stop returning calls and texts but, instead of blocking or ignoring on social media, the person abandoning the relationship would continue to circle from a distance and occasionally hitting ‘like’. It seems the orbiter keeps the other as a fallback, someone they can return to if needed.

Donna and I have experienced the same type of situation. People who were once close, coming to our home or communicating in meaningful ways, now avoid real conversation. Some have ghosted us completely, moving on with their life. I dislike ghosting, but at least we know where we stand.

The orbiters leave me perplexed. They have definitely stopped talking with us about anything meaningful. Occasionally clicking “Like” is not communicating. If we happen to see each other and your conversation is limited to weather, the current virus, and yourself, then I might as well be reading the daily news. I feel like people think that talking with us means they have to hear about Caleb. Well, I talk a lot more about Madi and I try not to talk more about my kids than the time spent on other people’s kids. I mention bumping into people because it is just about the only way I ever get to talk to people I was close to before Caleb’s death.

Another part of this odd behavior which occurs on social media, and to a smaller extent at work and church, is the ones who will not attempt to communicate unless it makes them look good. One example is “I’m praying for you.” When the person was once close but now won’t engage us personally, but gives platitudes and well wishes only when others can see, it really reeks. Seriously, it is deceptive since it causes people to think you are still close in our lives. How could you think that when we have not had a real conversation in so long?

Please do not misunderstand me. I get that many of my other friendships have been distant and rarely talk. No offense, but if it has been this way for ten years, we are not close. Maybe we were in the past and that is okay. I comment on your posts occasionally and you likewise do as well. That is not orbiting. It is the people with which Donna and I were pretty close to who have drifted away into orbiting. Some people did this when we lost Emily but many more did after Caleb. It’s like they are waiting for us “to heal” so they can come back. Most parents whose child died do not “heal”, they just hide it from people so they will not shun them.

I do not know what the statistics are for other deaths, but from all the many parents I have encountered, over half of the parents whose child died by suicide have no substantial relationship with anyone they were close to before the death. It is not in my blood to hide who I am. I write this to encourage everyone to do better for those you love, not for me, but for all those other parents like me suffering in silence.