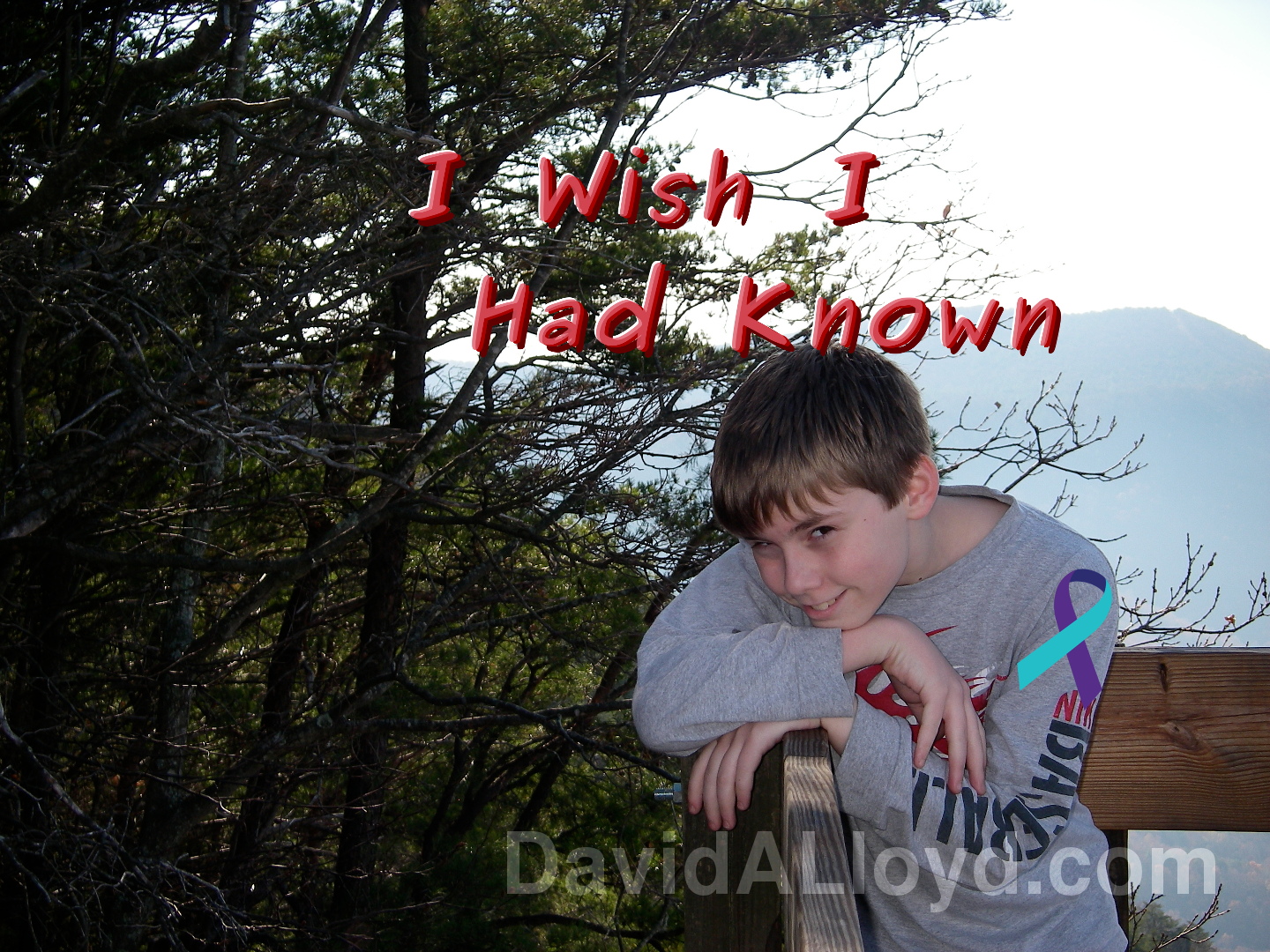 I Wish I Had Known

I wish I had known Caleb longer. Parents do not tend to plan for life without their children. As he grew, I wondered how tall he would be and never thought he would be taller than I. He was. When I would drag the monstrosity of a telescope out, I never imagined he would work for NASA. He did. When he switched majors, I never knew he would that same year be validating brain activity in anxiety patients while working in an MRI lab. He did. I cannot imagine the spectacular things he may have accomplished if he remained here.

I wish I had known how mental illness worked before it became an integral part of my life. Caleb talked about his memory problems, anxiety, and depression. His discussions revolved around injuries causing the memory problems. He told us the anxiety and depression came from not being able to focus on school. So I focused on making sure he was in counseling and therapy. Then I turned my focus on how to restore his incredible mind. My star student, who walked into college at 18 years as a Sophomore and interned at NASA nine months later, could not recall key points from a passage read minutes earlier. If I knew more about mental illness, I would have known to push for a better diagnoses. Either it was not a physical trauma which started the events or he needed an MRI to know it was.

I wish I had known his battles. He discussed the overview of the war happening in his mind but not the daily battles. After his death I found some of his writing, emails, and other media. These items show battles I had no idea were occurring. I asked him probing questions and tried to get him to open up, but my son loved his privacy as much as I do and was fiercely independent.

I wish I had known why he could not hold on longer. When we talked or texted, I asked how he was; mentally, physically, spiritually. The questions would keep on until he talked about what he was doing for his counselor. These are general ideas since I would not try to get into private discussions. He told me months prior about ideations a year earlier, so I would try to make sure he was ‘Okay’. I failed.

I wish I had known how to identify and react to what was happening. Many other survivors tell how they had no idea their person was capable of completing. I understand since I was completely clueless. Because he opened up about prior ideations and discussed how it was not a part of his thoughts any more, I thought we were clear. He would specifically state what he was doing to ensure those thoughts were only in the past. Now, with the benefit of time to piece things together and having more information, I know he had warning signs. I would like to believe he told me the truth and he very well could have and still his actions should have been a warning something was not right.

I wish I had known how to help him. I asked the hard questions and made him open up when it was completely against his nature. If I had known I would have found a way to get him to a psychiatrist. He stated he did not want to see a psychiatrist again. He would not tell me what happened there, which doctor, or when he went. I wondered if he really had gone to one. He would change the subject and talk about what his psychologist had him doing. His deflections should have raised more alarms, but what do I know?

I wish I had known the importance of experiences together more. It is not that I did not know, but so much was taken for granted. I emphasized his trying experiences with us and also alone. My parenting style balances personal independence with family dependence. When a child is born, the parent jumps up at every weird noise to make sure everything is alright. Then a routine settles in the house. Noises become familiar. Many of their characteristics which make them special become white noise; blending into the background of our lives. Yesterday Madilyn asked if I wanted to see her caterpillar. I said “not really”. Her face tightened and she twitched her lip to bite it. Ouch, it hit me how engrained her love for animals is part of who she is. “Of course I want to see it!”

When he talked about needing funding for school, I helped him with payments and with loans. He dropped his Physics major and switched to Psychology. I wish I knew why. When he dropped out of school without notice, I wished I knew what was going on in his thoughts. I asked and tried to understand, but I knew he was holding back something.

I wish I had known the man he was to become. He wanted to help others. People have confided in Donna and me how Caleb saved their life. He talked several people out of suicide. A desire to help drove his switch to Psychology.

I wish I had known who his choice for a spouse would have been. I wish I had known his children. Many of my friends and family my age have grandchildren. I rejoice with them, for it is truly a blessing. Having Caleb for a father would make a fun childhood and very interesting people!

I wish I had known two years ago today was to be the last time I saw him alive. My hug goodbye would have been so long, he would still be in my arms today and this post would not exist.

Related Posts: Old Memories, Fix You, Dates on the Calendar