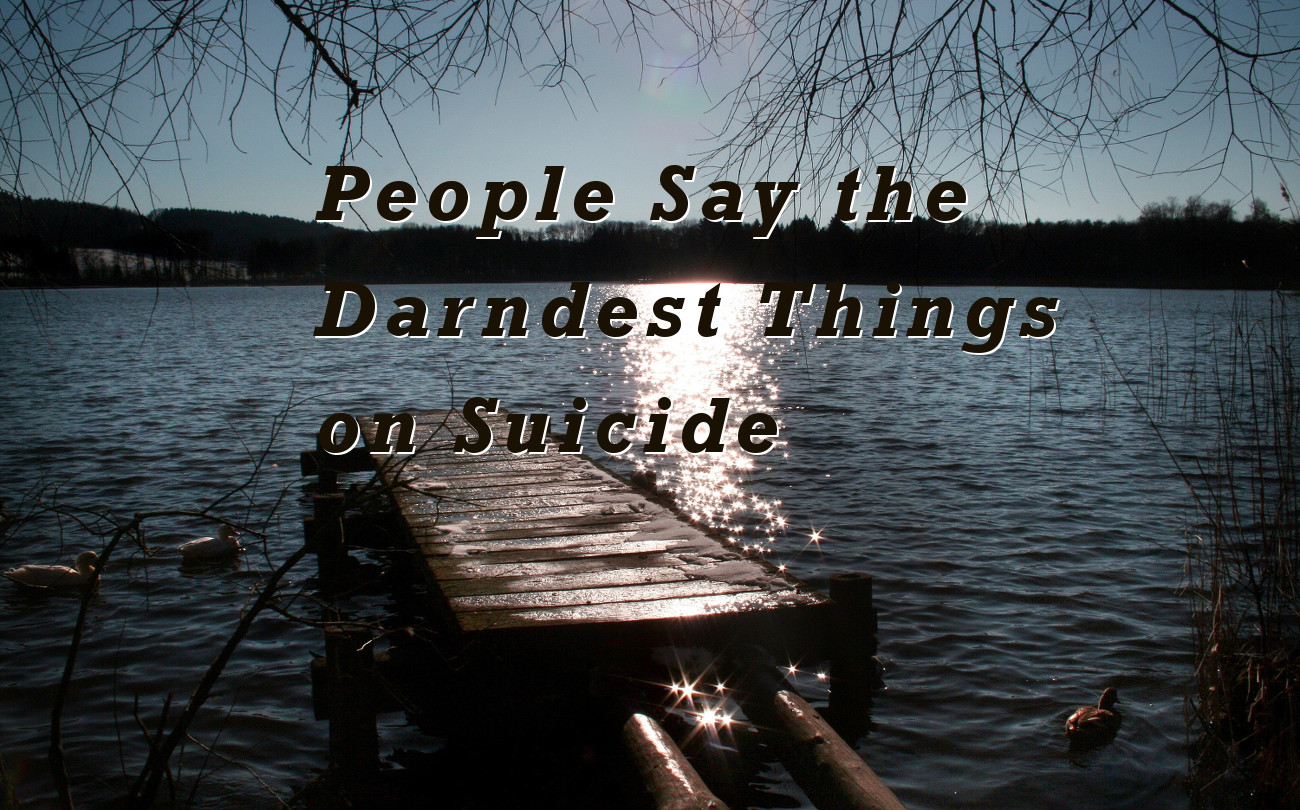 People talk without thinking or are clueless. This is a continuation of the series of posts on things my wife or I have heard on foster care, infertility, miscarriage, adoption, and suicide. My wife or I have heard all of these and most more than once. I really am not trying to call anyone out or embarrass and I have said stupid things way too many times. My hope is if you catch yourself thinking any of these common cultural sayings, you’ll stop and find something more useful to do.

People ask what they should say. Our child is gone. You cannot say anything to make it better. If you want to help someone who is suffering a loss, be with them. Talk with them because silence is MUCH worse than avoidance. Proactively suggest things you are able to do without pressure. Say the child’s name and talk about them and bonus points for present tense. “Caleb loves backpacking north Georgia mountains. I went with him to …”.