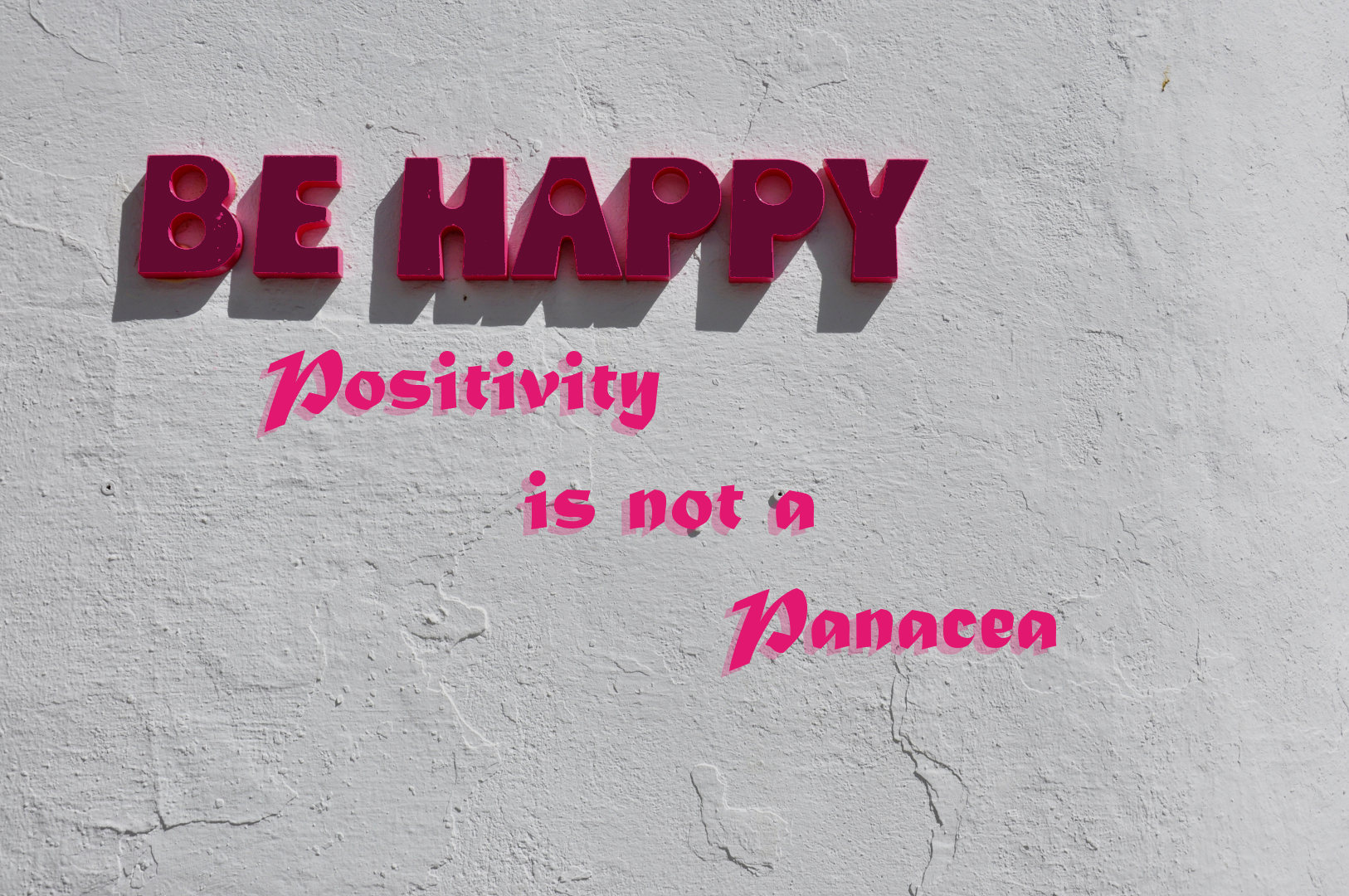 Positivity is not a Panacea

“Hi, how are you.”
I place no question mark in the quote because there is no acceptable answer but “good”, or some equivalent. Giving no answer is unacceptable. I have had, every week, strangers stare me down and ask repeatedly, sometimes aggressively, to get an answer. I hate this ‘question’.

Since they use it like a greeting, I have tried “Good Morning”. I have tried changing the topic. Soon I may answer honestly and openly, “my son is still dead”. I have avoided saying it because it seems harsh but so is demanding an answer.

Our culture is addicted to positivity. People take offense to my not replying with “I’m fine”. You would think the entire American Dream would crumble if someone was not fine. When I have been in Europe, I experienced nothing close to a cultural demand for positivity.

Some have told me to think about the good times I had with Caleb; don’t focus on the bad times. A relationship is not a zero-sum game. Someone has told me to move on; get over it. I will never “get over” my son being gone nor my unborn daughter. These comments invalidate our rights to express our emotions. Smile, look up, be happy puts pressure on the traumatized and puts the onus on the one who is hurt to learn to fit into a world which they do not feel a part of. Instead of learning to fit in, we learn how to fake it. This is not healthy.

You cannot cause someone with an amputated leg to walk by pushing positive thoughts. Telling them to remember the good times with their leg will not move them forward. They need to go through the pain of being on the leg and pushing themselves to walk. Thinking about better times while going through the pain is good, and it helps, but the pain remains. While a trivial example compared to the complex working of the mind and emotions, it starts the discussion in the right direction. An amputee learns to survive without the limb.

Those who are struggling with some problem or having a bad day need to discuss with friends about it. The pervasive positivity shuts down avenues of communication. The flippant positivity responses from “How’s it going” shuts it down and being negative is wrong is a hard barrier.

Barbara Ehrenreich calls this the “tyranny of the positive.” American workplaces, classrooms, and military push the idea of positive thinking. While it sounds good on the surface, people have used this movement to shame people with depression, anxiety, or other ‘negative’ feelings. People need to process their emotions, handle them head on without burying them in positivity or bullied with it. To do otherwise leads to mental health problems.