Today is 20 months, 610 days, since Caleb died. Five months ago today I posted Tattoo Dissection: Memorial for Caleb. I had planned to do a series of posts explaining each section. Unfortunately, my arm was never in great shape for pictures until now because each session was 2 – 4 weeks apart.  The sleeve is now complete and everything mostly healed.

If you have not read Tattoo Dissection: Memorial for Caleb, go do it now. I’ll wait.

I hope you read it. My desire to spark conversation about Caleb has been successful though it has been mostly with strangers. The new parts of the sleeve have also sparked conversations but not just about Caleb. I have had conversations on faith, doubt, origins of the universe and creation, intelligent design, and life.

At the top of the arm, is Caleb’s beautiful face. His dark eyes, always intense even while laughing, capture my attention. He always seems to look at you, deep inside you, and past you at the same time. It was his soft smile which let you know his gentleness and love. While always confident, he was always questioning and never quite sure about anything except what he was saying at that moment.

Caleb’s signature is beside his face. This is not his neatest writing. It is his natural script. I set the face and signature in space but not the reality-based space on the lower arm like described in Tattoo Dissection: Memorial for Caleb. His new reality, and mine, is more surreal now.

Below his face is a family memorial tattoo. I based it on the one my partner Donna designed for herself. In the middle is our last initial. Six birds circle and carry the L ribbon. The birds represent me, Donna, Alex, Caleb, Madilyn, and Emily. Alex and Emily died before birth. On Donna’s full color tattoo, each bird has a crest color of the birthstones for each person.

Beside the upper memorial tattoos is a skull and roses with a compass. Many tattoo elements have a meaning common amongst most with tattoos. It is like a cultural language. Skull and roses means overcoming adversity. The star compass means one is seeking guidance and direction. In my case I am at once overcoming much adversity and seeking guidance on how to continue my path to overcome. The process will never be complete until I cross to the other side.

On the lower arm I have the first memorial for Caleb and on the other side a cross. The cross is not small or dainty but bold and nontraditional. Part of my journey overcoming adversity involved rebuilding my faith. I thought I had lost my faith for a while but it was smoldering in the ashes like the Phoenix. It transformed and resurrected with new life. I am a mathematician and base my reality on facts and logic yet when contemplating the origins of the universe and my place within it, facts are scant and logic has to fall back to a mixture with philosophy. No matter what you believe to be true, there is a point where it takes faith to believe in the reality you build. This realization made me angry for a while. My rational nature bucked not having a logical foundation. 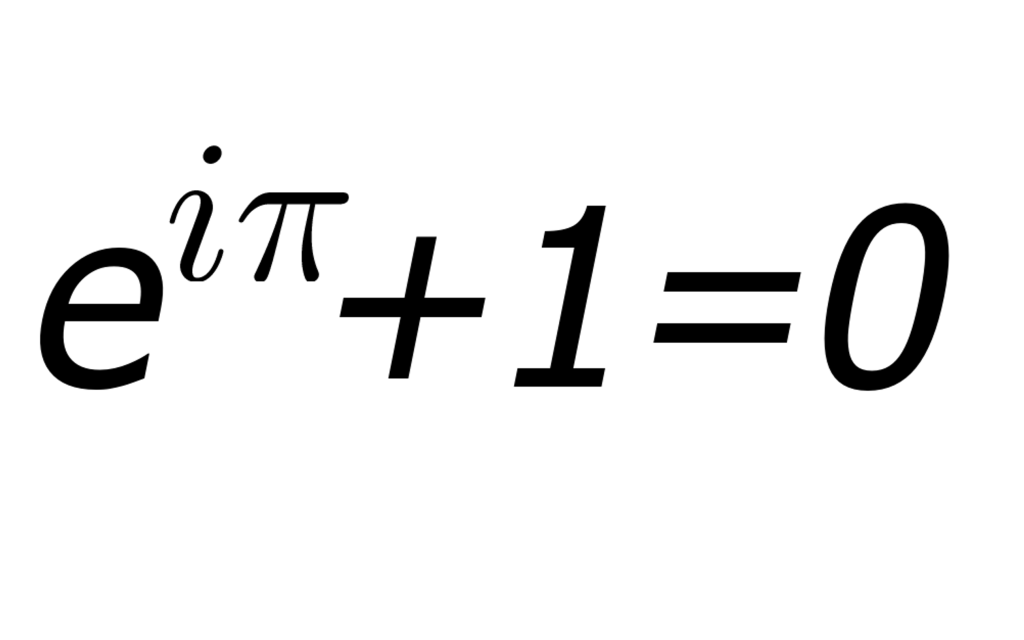 On the cross I have Euclid’s Identity. Richard Feynman called it the “most remarkable formula in mathematics”. Professor David Percy of the Institute of Mathematics and its Applications said Euler’s Identity was “a real classic and you can do no better than that … It is simple to look at and yet incredibly profound, it comprises the five most important mathematical constants.” I consider it pure poetry. The five constants are 0, 1, e, i, and pi. These are the basis of all mathematics. What might surprise people though is how all of creation relies on these constants. Zero and One are the simplest rational numbers; even a baby can understand having one versus none. The irrational number pi, 3.14159…, is the ratio of the circumference of a circle to its diameter. We need it for building and construction, communications, music theory, air and space flight. You likely cannot walk out of your community without someone using pi to route water under your road. We define the irrational number e, 2.71828…, as the infinite series adding 1/n!. The wild thing about e is how it shows up just about everywhere. Exponential decay or acceleration is easily expressed with e. It helps find the slope of a curve like how steep is this hill. It is used to express light waves, sound waves, radiation decay and much more. You even use it to help calculate compound interest. The imaginary number i is the square root of -1. Many expressions need to take a square root to solve and sometimes the number is negative. We use i to show we did this. Often this resolves into a real number but is always useful.

When the simplest rational numbers result from the two most important irrational numbers and the imaginary set, a mathematician takes pause. How can this occur naturally? Man does not make these constants. Yes, we use a man-made letter to represent each but the values existed from the beginning. To me they are like an artist signing their work. Euler’s Identity is like God hiding his signature in creation.

I would like to thank my very talented Robert Beeman at Planet Ink Tattoos for listening to my rambling, hearing my vision, and designing a marvelous work of art. I also thank him for great conversation, introducing me to 10-Ply and Spare Parts, and allowing me to binge watch Agents of Shield while I squirmed in pain. Also thanks for not letting me mess up your work with my movement.