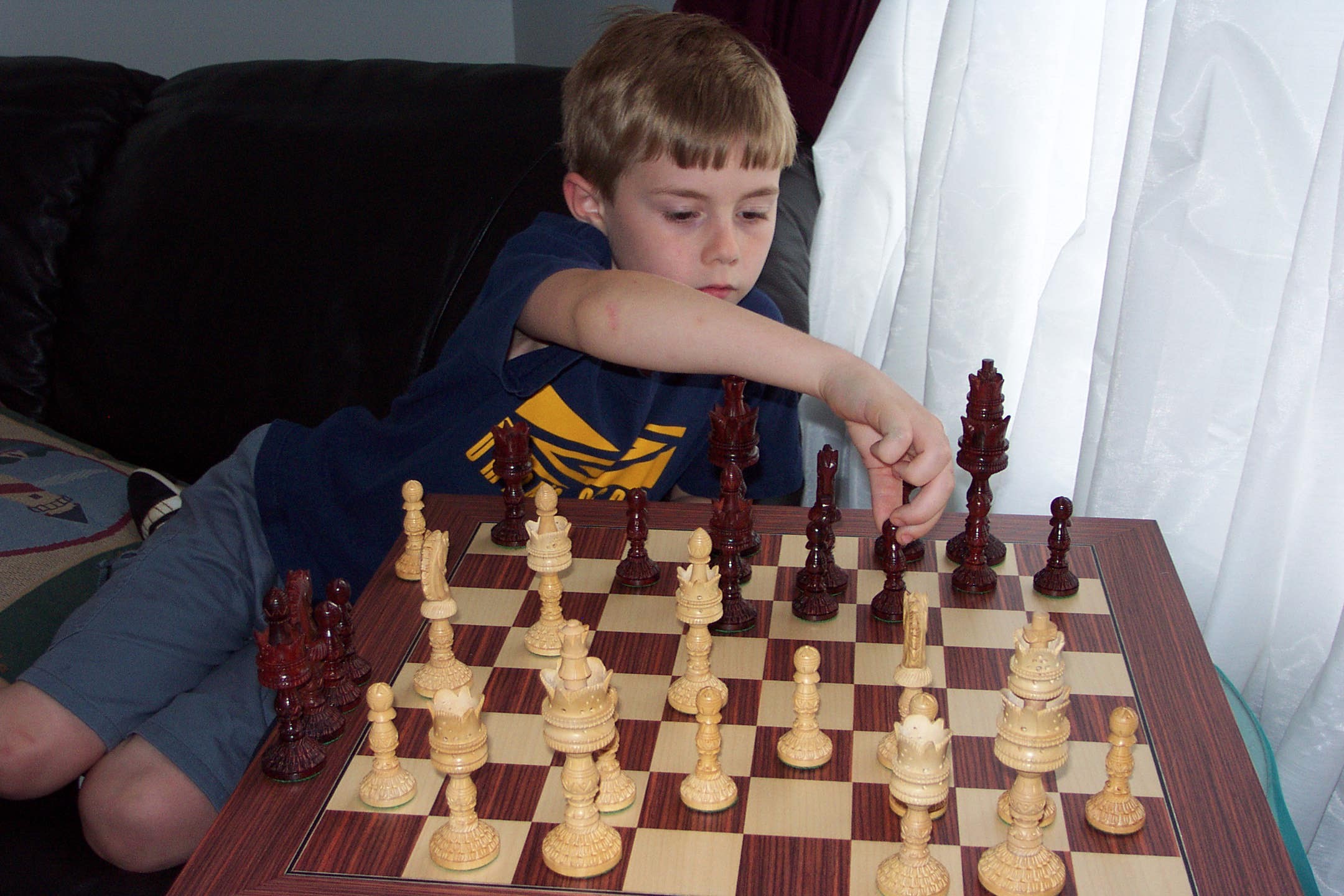 People give me smirked looks when I talk about Caleb’s accomplishments. Parents who brag about their child may have noticed the same “yeah, you’re biased” attitude. Am I biased? Guilty! However, I do not embellish the truth.

Caleb assimilated information at a startling speed. In the picture, he is six, nearly seven, years old on May 9, 2003. He learned to play chess three days earlier and you can see he is playing conservative. By June he did not make that mistake. He read voraciously and his reading level was at least an eighth-grade level. Caleb had just finished first grade and we had arranged for him to not return to the public school. He would finish their tests within a couple of minutes (less than 10). Caleb asked for work and the teacher would tell him to sit quietly for the ten-plus minutes while other kids took the test. She found the one thing he never learned not do.

This summer became pivotal. I bought a large telescope and showed Caleb the moon’s phases, craters, and features. On May 15, 2003, a total lunar eclipse occurred for 53 minutes. The moon looked red for a good portion of the time. Caleb was hooked. We moon gazed often, but we also looked at planets. Mars was getting close. Then in July Mars came the closest in 58,000 years; quite a rare treat! We took the telescope out every chance we could that July. Caleb made two promises to me. He promised he would work for NASA and promised he would watch the next perihelic opposition of Mars with me.

Caleb kept the first promise. June 2015 he called me from Armstrong Flight Research Center on his first day of work. They assigned him to work on the Prandtl glider which will go to Mars. Their team’s work has huge implications for more efficient flights on Earth as well.

July 2018 saw the next perihelic opposition of Mars. I could not muster the strength to pull out the telescope. I stood in my driveway staring at Mars alone, crying.

See: On Wings of the Minimum Induced Drag: Spanload Implications for Aircraft and Birds (they list Caleb in the acknowledgments)